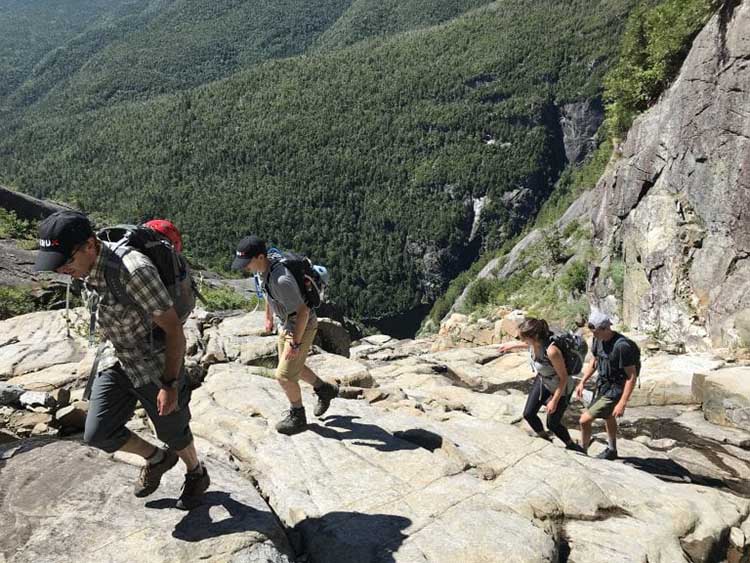 In its simplest form, Climbing is the act of going up, whether it is on a hill, mountain, or artificial wall. It comes in many different types, styles, and variations. Rock Climbing history can be attributed to Mountaineering, since mountaineers always have this particular kind of drive to try more challenging climbs and terrains. Needless to say, Rock Climbing involves climbing on steep rocks and cliffs.

For quite a long time, Rock Climbing was only seen as a part of Mountaineering, where mountaineers would climb routes to prepare themselves for a climbing expedition. It served as a form of training in order to improve their climbing skills. In the 1920s, it gradually became known in the United States as an essential factor in mountain climbing. In the 1950s, Rock Climbing was considered as a sport on its own. More and more people became so enthusiastic about it. This paved the way for the development of grading system. This indicates the difficulty of the climb and measures the climber's ability to climb. Since it became known to various countries at different times, many countries made use of their own grading system. What came with this event was the emergence or development of different Climbing Styles which are based on the terrain, with or without the use of ropes and other gear, indoor or outdoor, etc.

As years passed, the trend was to make shorter but more difficult climbs. Knowing that Rock Climbing as an outdoor sport could be really dangerous, safety and protection were greatly considered. Specific techniques and gear were developed as the routes became harder and more challenging to climbers.

History tells us that Rock Climbing was initially a subsport of Mountaineering. A lot of developments have happened over the years until it became a sport in its own right, and it continues to gain popularity at present. People from all walks of life are getting engrossed in this challenging sport. Climbing Techniques as well as gear and equipment are developed and improved for climbers to better enjoy what Rock Climbing has to offer.

Abc-Of-RockClimbing.com is a participant in the Amazon Services LLC Associates Program, an affiliate advertising program designed to provide a means for sites to earn advertising fees by advertising and linking to Amazon.com. As an Amazon Associate we earn from qualifying purchases.